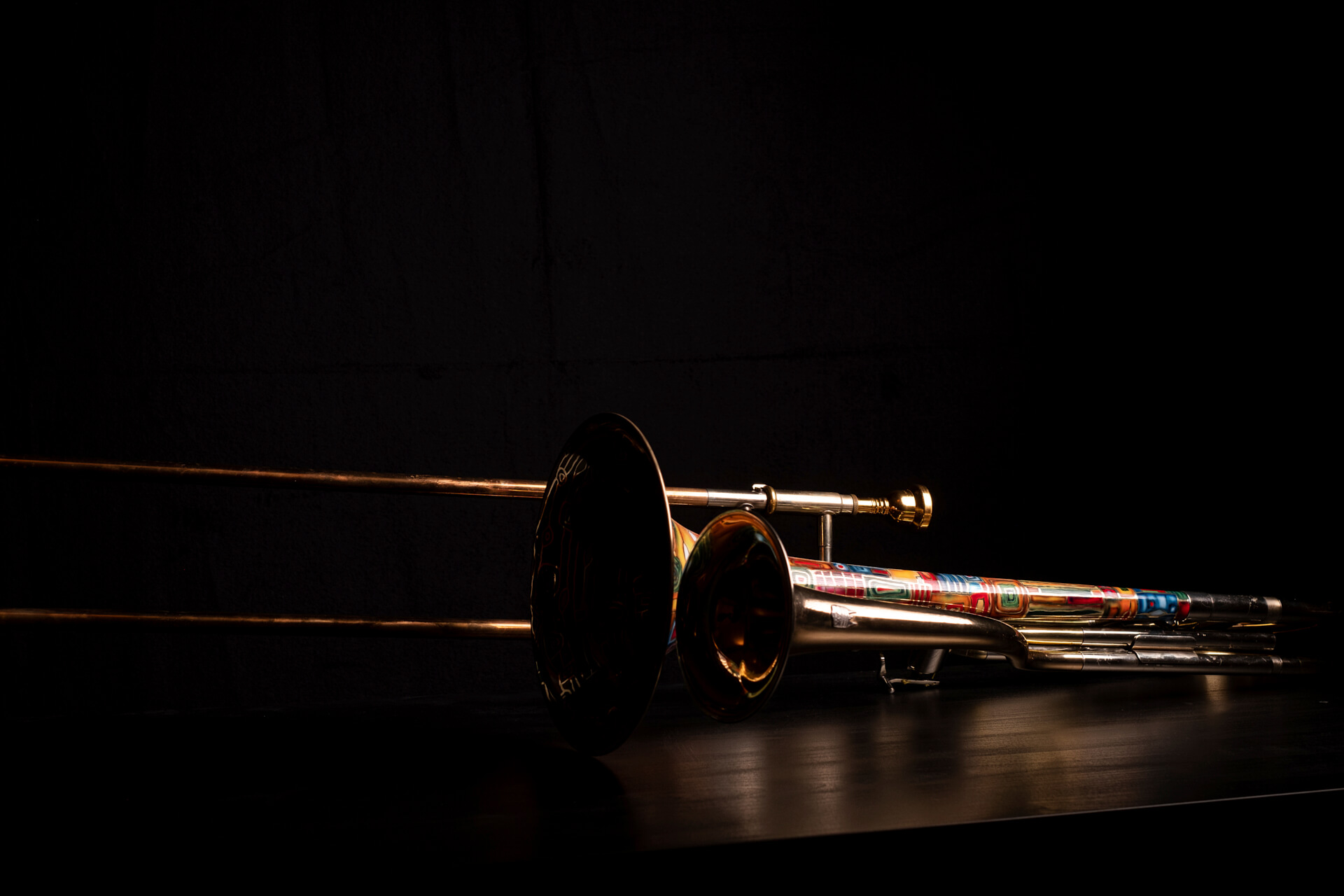 Master classes include studies with Joseph Alessi, Branimir Slokar, Albert Mangelsdorff, and others. He studied for many years with Malte Burba.

He has played in many major orchestras under conductors Claudio Abbado, Riccardo Chailly, Sir Neville Marriner, Franz Welser-Möst, András Schiff, Eliahu Inbal, Pierre Boulez, and Jürg Henneberger. In addition, he has played countless first creations as a soloist and a chamber musician.

Through his command of a variety of instruments and styles he is able to perform very unconventional concerts. For example, he has played recitals on 5 different instruments per performance. He has also collaborated in many improvisational multimedia pieces with artist Wolfgang Froese. In addition, he has combined his talents to create artworks together with Marc Yeats from England, including new pieces for electronics and computer.

He has toured extensively with various musicians in a variety of venues throughout Europe, The United States, Mexico, Australia, Russia and China. Together with pianist Jürg Henneberger he toured to Malaysia, Singapore, Mexico, Indonesia, Thailand, Philippines, The United States, Ukraine and Brazil.

Dirk and all the musicians featured here sincerely hope you will enjoy this wide variety of musical performances. Please contact Dirk at any time through a message here.