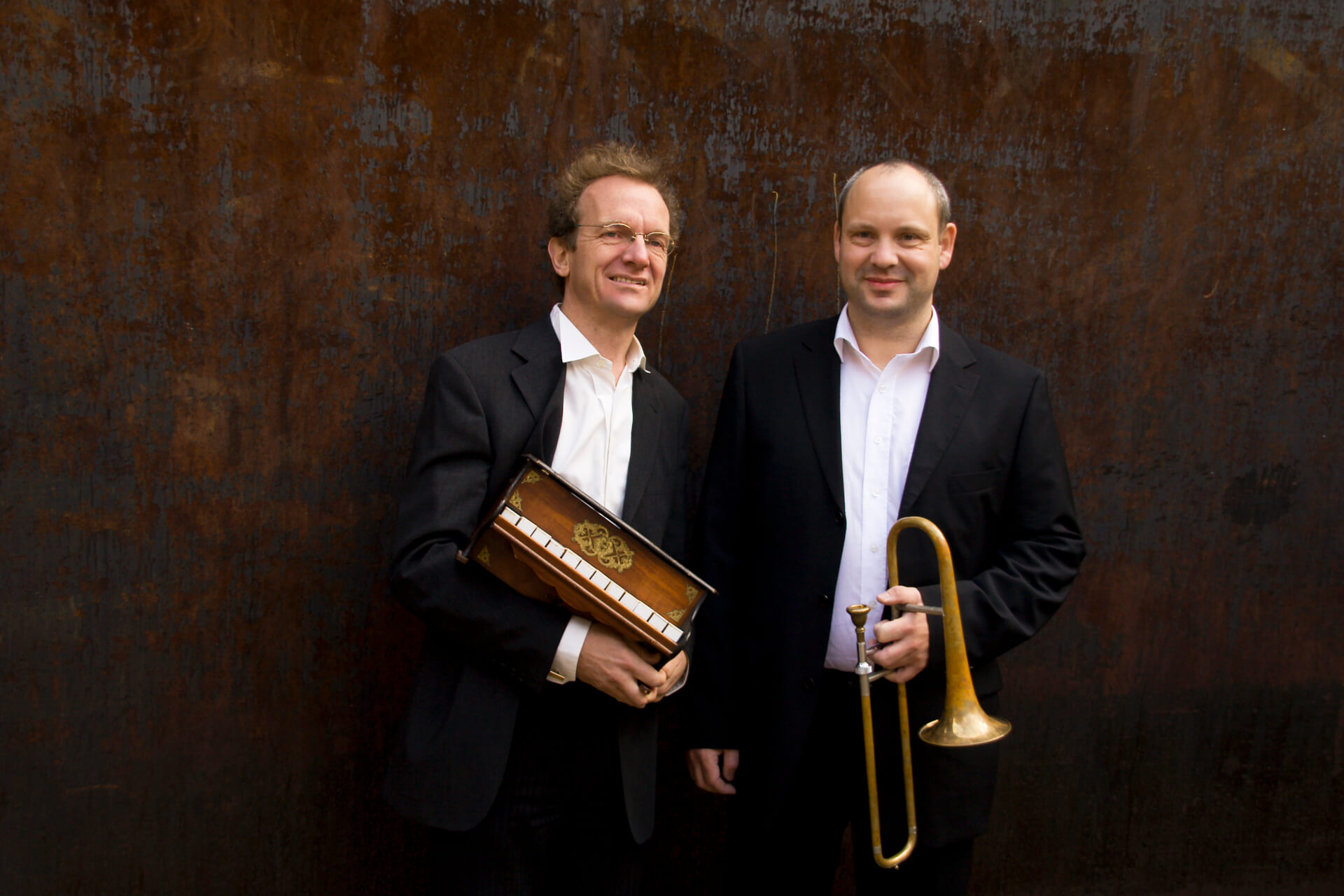 Together as musicians as well as actors, they have performed in contemporary music theatricals such as “Lost Highway” by David Lynch, produced by Olga Neuwirth, “Idiot” by Johannes Harneit, “In Vain” by Georg Friedrich Haas, “Das Biest des Monsieur Racine” by Thomas Hertel and “Punch and Judy” by Harrison Birtwistle.

Both Dirk and Jürg have worked closely together on countless musical collaborations in orchestras, duets, chamber music performances, ensembles, improvisational pieces, and, as mentioned above, in contemporary musical theatre for over twenty years. This ongoing collaboration of talent gives the audience a very experienced and complementary performance which can only be attained through the highest of performance standards, synergistic energy, and ideals. 29 compositions from composers around the world have been written for them until 2012.

Swiss conductor Jürg Henneberger was born in Lucerne, Switzerland in 1957. He studied at Musik-Akademie Basel with Jürg Wyttenbach and at the Musikhochschule Hamburg with Klauspeter Seibel and Christoph Dohnányi.

Quickly making a name for himself, Henneberger performed in countless engagements with leading ensembles and productions. He founded Ensemble Phoenix Basel, a group specializing in contemporary and avant garde music.

Henneberger is widely in demand as an artistic leader of major operatic productions. He has been instrumental in the following productions: “Aus Deutschland” by Mauricio Kagel, “Satyricon” by Bruno Maderna under the direction of Herbert Wernicke (invited to the Teatro “la Fenice”, Venice), “The Unanswered Question” (invited to “Deutsches Theatertreffen”, Berlin), and “20th Century Blues” under the direction of Christoph Marthaler, and the Swiss premiere of the opera “Die Soldaten” by Bernd Alois Zimmermann. In 2002 Henneberger conducted Alban Berg’s “Lulu” for the Hanover State Theater.

Since 1988 Henneberger has been an instructor of chamber music, score-playing, and interpretation of contemporary music at Hochschule für Musik Basel. He has been President of “Internationale Gesellschaft für Neue Musik” (IGNM) Basel since 1998. As a pianist, he performs primarily as an accompanist as well as a chamber musician.

Since 2009 Henneberger is professor and – together with Mike Svoboda and Marcus Weiss – artistic director of the new course of studies “Master of Arts in Specialized Musical Performance of Contemporary Music” at Hochschule für Musik Basel.

Henneberger has toured extensively throughout Europe as a pianist and conductor with various musical productions and ensembles.